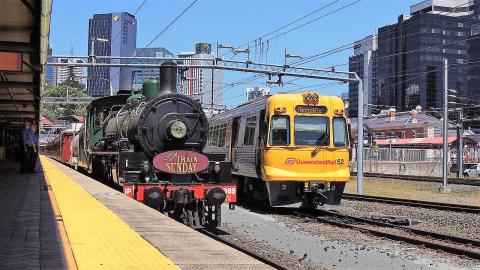 -- Private sector financing, design, manufacturing and commissioning of 626 new Waratah double-deck carriages, providing 78 new trains and two spare carriages for CityRail services in metropolitan Sydney, with the first of these trains originally to have been introduced into service by April 2010 and with all of the carriages originally to have been operational by September 2013, along with an option for RailCorp to order up to additional 20 trains (as discussed later in this report, in practice there have been significant delays in these delivery timeframes);

-- Private sector financing, design, construction, manufacturing and commissioning of a new maintenance facility for these trains in Auburn and new train simulators for the training of RailCorp drivers and guards An obligation on the private sector parties to make at least 72 of the new trains (and more for special events) available for RailCorp’s CityRail services every day over a period of about 30 years, with up to two possible five-year extensions of the operational period for some or all of the trains;

-- Private sector maintenance, cleaning, repair and refurbishment of the new trains, maintenance facility and train simulators, to RailCorp-specified standards, throughout their operational periods;

-- Private sector decommissioning of the trains, and/or handing over of some or all of the trains to RailCorp, at the end of their operational periods, and handing over of the train maintenance facilities to RailCorp at the end of the operational period in return for specified support and payments by RailCorp during the delivery phase of the project and specified support and performance-based monthly payments by RailCorp throughout the rest of the project.

Image by Andy Leung from Pixabay