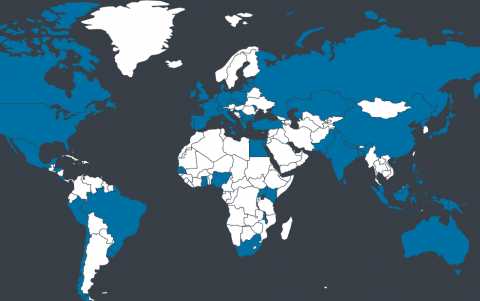 The Infrastructure Project Development Facility, through Ministry of Finance was converted into a Public Private Partnership Authority (“P3A”) in 2017.

Private Power and Infrastructure Board (PPIB) was created in 1994 as a "One-Window Facilitator" on behalf of the Government of Pakistan (GoP) to promote private investments in power sector. The role of PPIB has been further expanded by the GoP by allowing it to facilitate public sector power and related infrastructure projects in IPP mode, for which PPIB's Act has been amended in November 2015.

The website for the State of Punjab PPP Cell, Government of Punjab, Planning and Development Department in Pakistan.

The PPP cell is serving as a focal point for supporting all PPP initiatives in the province. The mandate of the PPP Cell is to promote and facilitate PPP development in Punjab and assist line departments and local governments in preparing and executing high-quality PPP projects.

The website for the State of Sindh PPP Unit, Government of Sindh, Finance Department in Pakistan.

The Government of Sindh has established a central PPP Unit in the Finance Department to assist the PPP Policy Board in promotion and development of Public-Private Partnerships in the Province. Besides, the PPP Unit assist government agencies in liaison with consultants, overall procurement process and execution of projects to be undertaken in PPP mode.