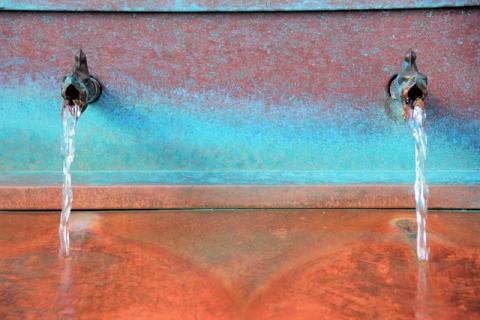 This project aims to provide access to water services through individual household connections to several low-income communities in Rizal province (Anti- polo City, Baras, Rodriguez, and San Mateo) and Taguig City in the Manila Metropolitan Region through a collabo- ration with the concessionaire for Manila’s east zone, the Manila Water Company (MWC). The GPOBA interven- tion supports Manila Water’s flagship program, launched in 1998, the “Water for the Community” or Tubig Para sa Barangay (TPSB) program, which provides a regular supply of clean, safe, and affordable drinking water to the urban poor. The scheme builds on the successful track record of the TPSB program and seeks to speed up rollout of individual connections to poor households through one-time subsidies to cover the cost of the connection fee.

The delivery of water supply and sewerage services in the Metro Manila region is the responsibility of the govern- ment-owned Metropolitan Waterworks and Sewerage System (MWSS). Since 1997, MWSS has contracted out provision of services via two 25-year concessions based on a geographic division of the urban area: the east zone was contracted to the Manila Water Company (MWC), and the west zone to Maynilad Water Services (MWSI).

The required service performance of both conces- sionaires is defined in the 1997 concession agreement, as amended over time. Since 1997 MWC has enjoyed great success in improving services; it has reduced nonrevenue water from 63 percent to 19.6 percent from 1997 to 2008 and has met and exceeded its major service obligations. Most notably, both access to and reliability of services, particularly to low-income households, has increased substantially, and reliability in terms of 24-hour availabil- ity increased from 26 percent to 99 percent of custom- ers from 1997 to 2008. MWC now supplies 5.1 million residents with water and sewage services.