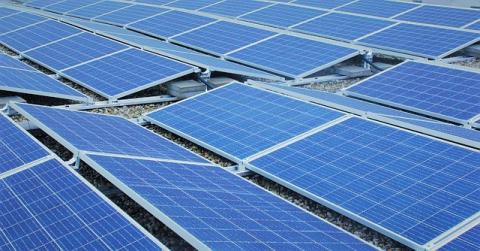 Rooftop solar PV (photovoltaic) provides access to green power for large numbers of people, using structures that already exist—a must for crowded urban sites where space is at a premium. Public-private partnerships have made these “rent-a-roofs” successful throughout India. The State of Gujarat’s in-depth experience with rooftop solar PPPs, tailored specifically to overcome complex constraints, is a model that is being replicated widely throughout the country and has implications for other emerging economies.

A visitor to gandhinagar, capital of the Indian state of gujarat, is likely to notice the glint of the sun reflecting off solar panels on the city’s rooftops. some of these solar panels sit atop schools, others on hospitals. Many are perched on residential buildings. altogether, the panels generate about 5 megawatts (MW) of electricity, providing better access to power for an estimated 10,000 people.

The groundbreaking project to enhance access to energy for urban households, a pilot public-private partnership (ppp), attracted approximately $12 million in private financing and helped advance the government of India’s plan to make Gandhinagar a solar city.

But the greatest success of gujarat’s solar rooftop program, informally referred to as the “rent-a-roof project,” lies in its replicability. launched in 2010, the project paved the way for a wider rollout of solar rooftop initiatives by work- ing through technical, legislative, and financial issues. two private firms, azure power and sunedison, each won 25-year concessions to install solar photovol- taic (pv) panels on the rooftops of public buildings and private residences and connect them to the grid.