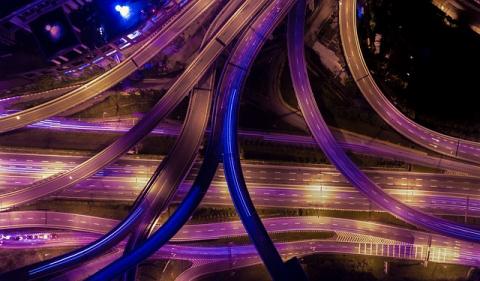 Title: Common Transport Infrastructure: A Quantitative Model and Estimates from the Belt and Road Initiative

This paper presents a structural general equilibrium model to analyze the effects on trade, welfare, and gross domestic product of common transport infrastructure. Specifically, the model builds on the framework by Caliendo and Parro (2015) – a Ricardian model with sectoral linkages, trade in intermediate goods and sectoral heterogeneity – to allow for changes in trade costs due to improvements in transportation infrastructure, financed through domestic taxation, connecting multiple countries.

The model highlights the trade impact of infrastructure investments through cross-border input-output linkages. This framework is then used to quantify the impact of the Belt and Road Initiative. Using new estimates on the effects on trade costs of transport infrastructure related to the initiative based on Geographic Information System analysis, the model shows that gross domestic product will increase by up to 3.4 percent for participating countries and by up to 2.9 percent for the world. Because trade gains are not commensurate with projected investments, some countries may experience a negative welfare effect due to the high cost of the infrastructure. The analysis also finds strong complementarity between infrastructure investment and trade policy reforms.

This paper presents a framework to analyze the trade, GDP and welfare effects of common transport infrastructure. This is an indispensable first step to assess the value of large-scale projects for the countries that will participate, as a group and individually, and for non-participating countries. Our analysis is based on the framework developed by Caliendo and Parro (2015), which we extend to study the impact of infrastructure investment.3 The underlying framework is a Ricardian model of sectoral linkages, trade in intermediate goods and sectoral heterogeneity in production. Specifically, we enrich the Caliendo and Parro (2015) framework in two ways. First, we allow trade costs to depend on shipping times, which will be directly affected by the investment in transport projects, in addition to tariffs and policy barriers. The importance of time as a trade barrier has been established in a number of papers including Hummels (2001), Hummels, Minor, Reisman and Endean (2007), Djankov, Freund and Pham (2010), and Hummels and Schaur (2013). For instance, Hummels and Schaur (2013) estimate that a one-day delay in shipping time is equivalent to an ad-valorem tariff of around 5 percent.4 Second, we account in the model for the implications of infrastructure investment for the government budget and domestic taxation. Hence, relative to quantitative models for trade policy analysis, the study of common transport infrastructure requires information on the changes in bilateral trade costs associated to the changes in shipping times due to the new infrastructure and estimates of the cost of building the transportation infrastructure for each country.