What do mothers-in-law and national PPP structures have in common?

This article has also been cross-published on the World Bank PPP Blog. Click here to view.

Most PPP structures are focused on national interests, governed by national laws, and coordinated by national PPP units and funding structures. This desire to define and control is often driven by the national government’s need to access new sources of funding, to deliver infrastructure with more efficiency (reducing costs and pressure on the budget), and to protect the national budget from the contingent risks associated with PPP projects. It makes sense, then, that the national government establishes the governance structure around PPPs.

Yet, this creates challenges for municipalities wanting to deliver PPPs. Even with the best will in the world, national PPP programs have trouble focusing on local government PPPs, partly because the national structure is too busy delivering national PPPs—and their key incentives are focused on these national projects. But another important challenge is that national government often does not fully understand the issues most critical to local-government PPPs.

But it stands to reason that any mother-in-law applies rules according to her view of marriage and her perception of the best interests of her child (and not necessarily those of the interloper spouse). Similarly, national government often sets rules for municipal PPPs focused more on keeping local government out of trouble than on helping the local government establish more and better PPPs—just like a nervous parent. While this caution is understandable, the national government needs to allow local governments more latitude as they grow in experience and capacity , in particular where the relevant local government PPP does not require central government capital or create significant contingent liabilities.

A specialized mechanism to support local government PPPs may provide needed support, to protect the local government from risk and alleviate the central government’s concerns.  For example, in 1998 South Africa created the Municipal Infrastructure Investment Unit (MIIU), a not‐for‐profit company, to use grants and technical assistance to guide the process of preparing and negotiating PPPs at the local level across the country. It made great strides, until it ran out of momentum (that is, money) and was rolled into the Treasury PPP unit.

For all of those frustrated mothers-in-law in central government and ambitious local governments with high ambitions for PPPs, the World Bank Group—with support from the Global Platform for Sustainable Cities and the Global Environment Fund—has developed a Municipal PPP Framework to help deliver best practice local government PPPs. It provides guidelines for municipal PPPs; 20 modules with detailed discussions of key topics; sample terms of references, requests for proposals, contracts, and concept notes; and tools to assess projects and municipalities’ legal and institutional frameworks. For those of us who really like to geek out on this topic, it also provides 100 project summaries on interesting examples of municipal PPPs, including creative ways to mobilize revenues and deliver services.

The Muni PPP Framework can be found on the PPPLRC at: PPP Legal Resource Center (PPPLRC).

Will you let me know if you have any feedback on the framework? Feel free to leave a message below. 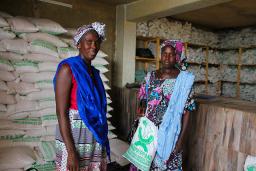 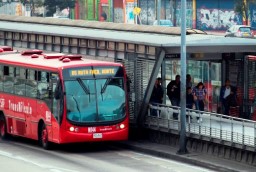 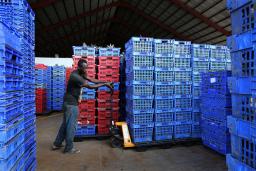 Articles on Sub-national and Municipal PPPs